Not everyone is fully versed in the customs of a Hindu wedding ceremony. Rituals, customs, and traditions abound. Not to mention all the food, a gathering is worth a meeting. Some components of the wedding ceremony are universal across India. Each region has its regional rituals and customs. These ceremonies honour the couple's love, devotion, religion, and culture.

There are many wedding rituals and traditions you should anticipate seeing at a Hindu wedding, especially ones that take place on the actual wedding day, whether you are invited as a guest, as a family member, or are just interested.

Continue reading to learn about some of the most crucial wedding customs seen during a Hindu marriage ceremony. 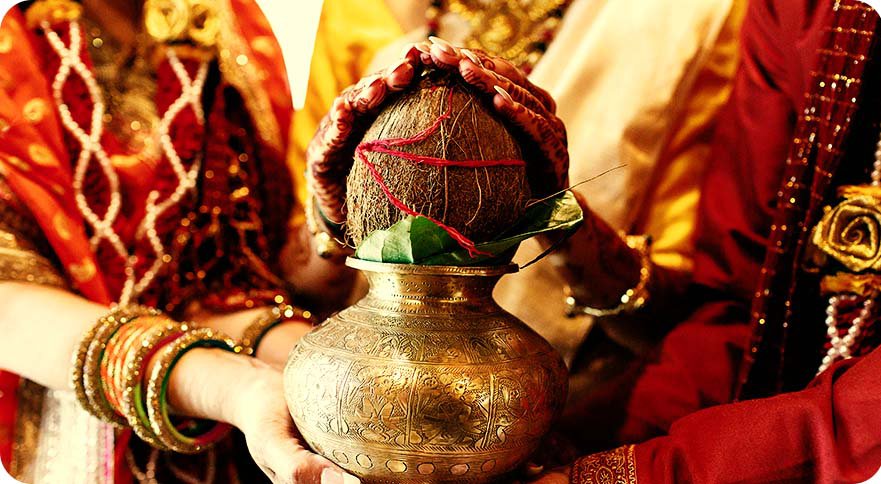 The Baraat or Arrival of the Groom

In Indian weddings, the groom's presence is cause for celebration in and of itself. With his family and friends, or baraat, the groom rides into the wedding location on his horse. While dancing, live music, and of course, the traditional lit lamp is known as aarti, they are received by the bride's family. A garland may occasionally be placed around the groom's neck, and a tilak or crimson dot may be applied to his forehead. In anticipation of the bride's arrival, the husband waits at the mandap. For significant individuals, the mandap serves as the wedding altar.

The First Wedding Ritual Is the Ganesha Pooja

Lord Ganesha, the god of beginnings, fortune, and the dispelling of ills, is prayed to before the marriage ritual officially begins. Ganesha puja marks the start of the remaining wedding rites in the Hindu wedding ceremony.

A sacred fire is lit.

Lighting the sacred fire in the mandap's centre is integral to a Hindu wedding ceremony. Ghee and wooden wicks are used to light the fire, intended to call upon Agni (the God of Fire) to witness this holy union. As the wedding unfolds, offerings are also made to the fire. Each time the groom's hands cup his sister's hands, the bride's brother pours three handfuls of puffed rice onto them, and the two then offer it to the fire jointly. Laja Homa is the name of this offering. 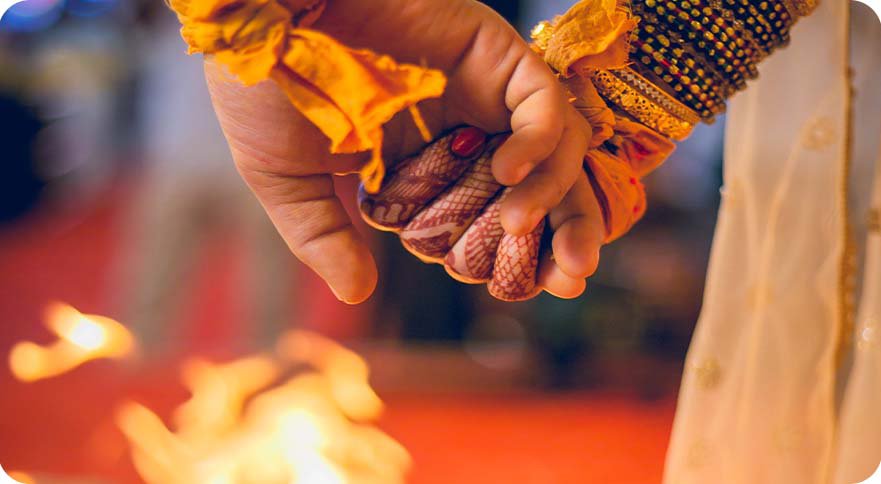 The engaged couple puts fresh floral garlands around each other's necks during this ritual, also known as Jaimala or Varmala. This age-old and significant wedding custom symbolises the beginning of a new partnership and the acceptance of one another as partners. Amid much laughter, both sides attempt to prevent the pair from being able to place the garland on each other by lifting them higher.

The bride wears a Mangalsutra necklace by the groom

On the bride, the husband fastens a Mangalsutra, a necklace made of black and gold beads with a pendant of gold or diamond. Tradition holds that the Mangalsutra is invoked with Lakshmi's everlasting blessings. The Mangalsutra's knot represents a solid, enduring relationship between the two. 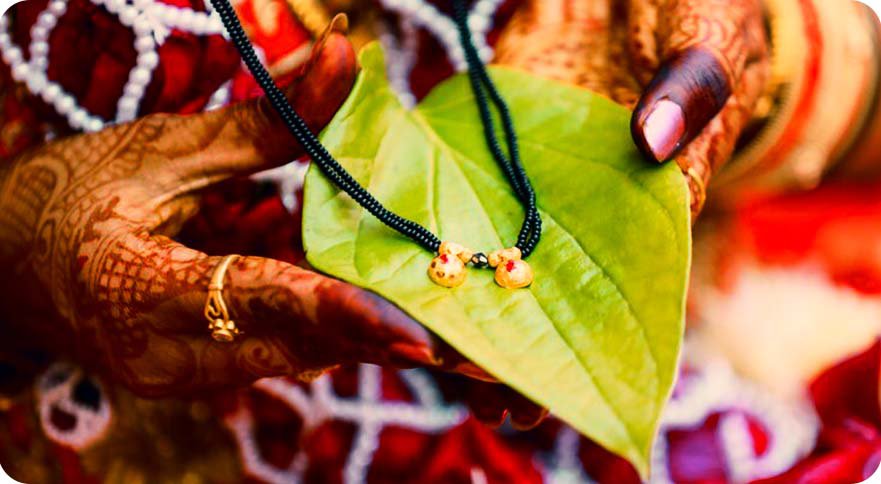 Indian weddings are most famous for The Seven Steps, commonly known as Saptapadi. It plays a significant role in Hindu wedding rituals, especially in North Indian marriages. The loose ends of the bride and groom's clothing are tied together before forming the seven circles around the ritual fire during Saptapadi. The priests speak the seven blessings or holy vows for a strong marriage in the meantime. Finally, the two profess their union by circling the fire, with Agni serving as a witness. This unique wedding ritual solidifies the couple's relationship for all time.

The newlyweds give each other rice showers.

South Indian weddings frequently observe this custom, known as Talambralu in Telugu weddings. As a sign of wealth, joy, and fertility, the couple sprinkles each other with a mixture of rice, turmeric, and saffron. After the wedding ceremony, this rite is performed. Additionally, at some weddings, such as those in Tamil homes or Marathi culture, the couple is showered with rice by the guests.

The groom adding sindoor, a vermillion-red coloured powder, to his bride's hair parting is yet another feature of Hindu weddings. Sindoor is a representation of the bride's new marital status. Her application of sindoor then continues.

Pure black and pure white are considered to be colours of mourning. Hence, while attending Indian Wedding these two colours are better avoided. But, black or white attire mixed paired with any another colour is fine.
Mangalsutra is a sacred neck piece that groom puts on the bride during the wedding ceremony. This mangalsutra is made of black beads and gold; it signifies long lasting relationship, love and prosperity in the couple’s life.
Sindoor is a mark of a married woman in Indian culture. During the wedding ceremony the groom put sindoor on the bride’s forehead; denoting that their marriage would last forever. Indian women wear Sindoor on their forehead all their life, for long life of their husbands.